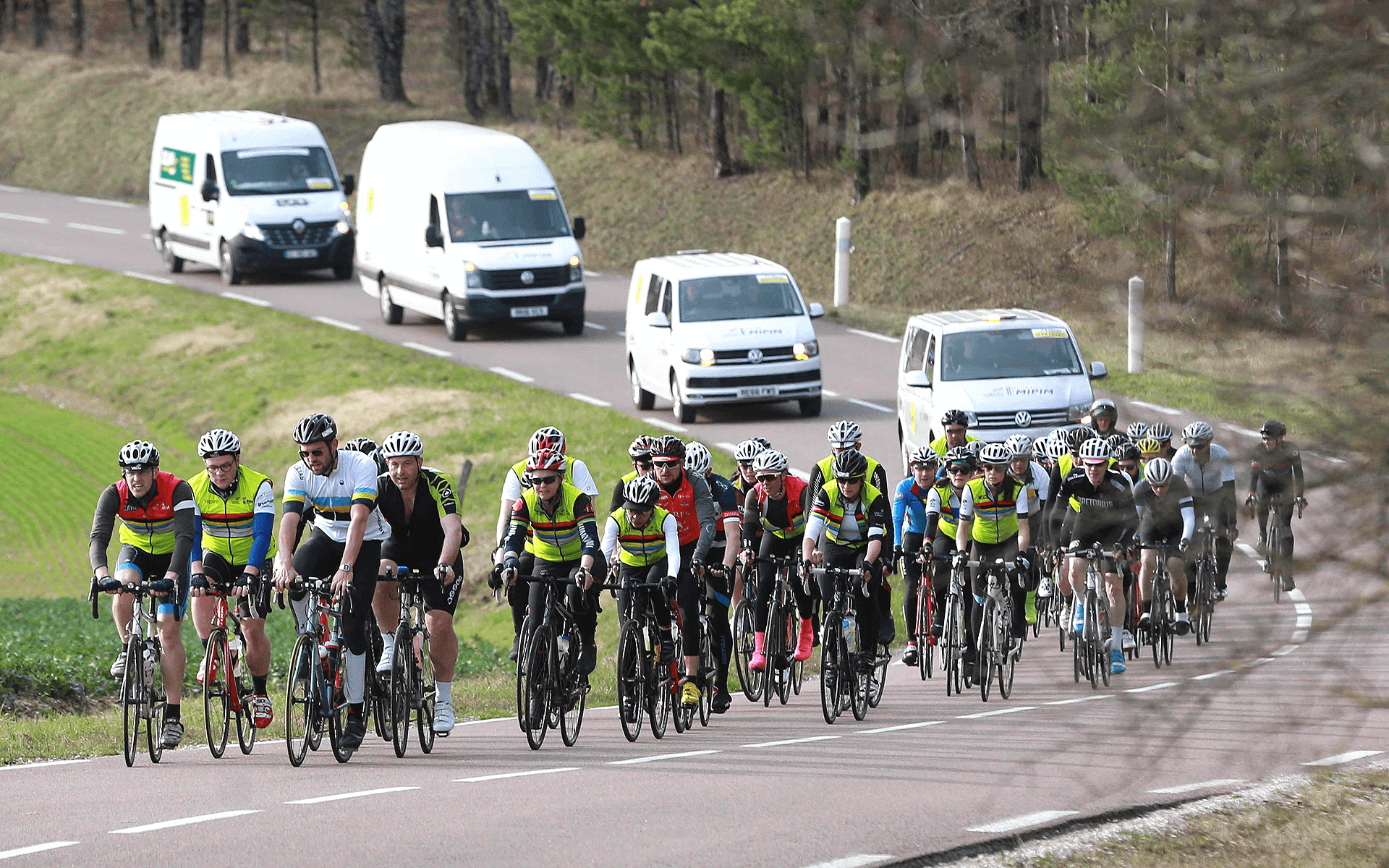 Urban Edge architect and demon cyclist, Tim Crone has raised £5,065 for the children’s charity Coram by completing the 1,500km Cycle to MIPIM 2017 peloton ride from London to Cannes.

Organised by Club Peloton, the event saw 200 real estate and built environment professionals ride a total of 1,500kms over six days, in a relay format, from London to the MIPIM real estate conference in Cannes. Along the way, they raised a glorious total of £612,617 for several worthwhile charities, including the main Club Peloton charity, Coram.

Explains Tim: “I wanted to do something that was a physical and mental challenge, and Cycle to MIPIM was certainly that. There were low days – riding 211 miles in 14 hours was the longest of several long days for me, but the feeling of camaraderie and achieving something exceptional together was unmissable.”

Having set his personal goal of 1,000km over six days, Tim designed his own training regime to make sure he was in peak condition when the event kicked off in London on 9th March 2017. Starting each weekday with a gentle 6am alarm call and a one hour turbo session before work, with a variety of real-world runs on the weekend, Tim worked steadily to improve his fitness and stamina, including punishing VO2 max, or maximal oxygen uptake, workouts and regular FTP, or Functional Threshold Power, tests.

But one burning question could only be answered during the event itself: “How will my posterior cope with 8 hours in the saddle each day?”

In the end, Tim completed the Cycle to MIPIM in fine style, not only delighted with his cycling performance, but also with his achievement of finishing 13th on the fundraising leaderboard.

When asked about his best memory of the event, Tim replied: “The view of the coastline with almost the whole of the 200 strong grand Peloton in front of me, sweeping down into Cannes was amazing. Although having the rush hour traffic stopped in Dijon whilst we rode through was almost as good.”